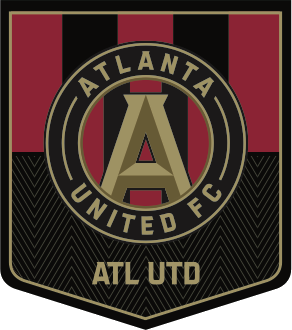 This FAQ is intended to be a brief introduction to Academy and Select soccer for parents and players who are unfamiliar with it.

Academy/Select soccer is more competitive than Recreational soccer. The training and coaching is carried out by licensed, professional soccer coaches. Compared to Recreational soccer, Academy/Select soccer requires a greater time and financial commitment from the parents and players. It mainly involves games in and around the metro Atlanta area, but potentially away games and tournaments can be in other parts of Georgia. Some teams attend out of state tournaments.

2. What age groups does Academy/Select soccer apply to?

Academy is from U9 to U12. Select is from U13 to U19. Academy game scores are not recorded, whereas Select teams are involved in divisional play with promotion and relegation opportunities.

3. Are the genders split?

Yes. The teams are split into boys and girls teams.

4. How do I know which age group my son/daughter is in?

Refer to the Age Group Chart with calendar years here.

5. Is Academy/Select soccer that different from Recreational soccer?

Yes. Expectations for the players in Academy/Select soccer are much higher. There will be two 1½ hour practices per week, with one or two games per weekend. Higher level teams practice three times per week. In Recreational soccer, players are placed on a team on a first come first served basis, regardless of ability level. Academy/Select players are selected at Tryouts on ability.

Tryout dates are posted on this website and are held around the end of May for Academy and in early June for Select.

7. How long is the commitment for?

Players registered for Academy/Select sign and commit to play for their club for one year. The soccer year is split into two seasons. The Fall season, which runs from August to late November/early December and the Spring season which runs from February to May. If a player leaves their team part way through the calendar year, the full fee must still be paid. The expectation though, is that soccer is the player’s primary sport and the commitment is for the full year.

8. How many teams are there in each age group?

It varies between age groups, but usually there will be between two to five teams per gender age group.

9. What are the team levels in an age group?

Age groups are divided up into A, B, C, D and E level teams, with the A level being the top team. At UFA, these levels are given names respectively. Premier, Red, Gold, Black, White and Blue.

10. Can a player move between teams?

Yes. The coaching staff will make this decision. In the Academy, players can be moved up or down, depending on their ability level, their rate of development and their commitment level. In Select, the structure is slightly more rigid. If the coaches agree, some players may club pass with other age-appropriate teams. Please refer to your league rules for specifics.

11. Apart from regular season games, will the players go to tournaments?

Yes. Teams are required to do at least one pre season and one post season tournament each season. So with two seasons, this means a minimum of four tournaments per calendar year. Some higher level teams attend more than four tournaments.

12. What is the financial cost of being on a Academy/Select team for a year?

It varies, depending on age group and team level and the number of tournaments that the team goes to.

This fee covers fields, insurance, practices, professional coaches and referees, during the regular season as well as the mandatory team camp.

If the player lives outside of Gwinnett County, there is an additional $90 fee per season.

In addition, there is the uniform cost of around $240 to $340. The manufacturers change uniform designs every two years. Also, Turf shoes are required for practices to protect the fields and cleats/turf shoes can be worn for games.

Typically, with three-four tournaments, the total fees along with coach expenses will come to around $250 per player, per calendar year. This figure does not include any hotel expenses for the player and family, if a hotel was necessary.

After Tryouts, all Select players are required to attend the August Team Camp. This team camp is three hours per day for five days, and the cost is included in the above participation fees.

13. If my player cannot attend a particular tournament, do we still have to pay?

Yes. It is club policy that the tournament fees and expenses are divided equally between all rostered players for that team, regardless of whether the player can make the tournament or not.

15. How much playing time will my son/daughter get?

The guideline is at least the equivalent of half the game. Playing time will be affected by performance, ability, effort and commitment, both at practice and in games. This is a coaching staff decision.

16. Are players expected to attend every practice and every game?

Yes. If a player cannot make a practice or a game, the coach must be notified with as much advance notice as possible. Whilst it is expected that a player will be at each practice and game, it is accepted that sickness and special occasions may mean a player misses an occasional practice or game.

17. What nights and times are practices?

It depends on the age group, coach and field availability. Generally, teams will either practice on Monday and Wednesday or Tuesday and Thursday.

18. Are there written codes of conduct for players and parents?

Yes. UFA has written codes of conduct for players and parents.

19.  Can anyone find out information about our child and their team?

Child safety is a paramount concern to United Futbol Academy. With that in mind, our policy prohibits staff members from communicating specific information about a child or team to any individual not listed in the child’s registration information.  We appreciate your understanding.